“A Starbuck and Riley Moment” …a new kitty arrives!

Posted on November 3, 2012 by Pocket Perspectives

An addition to the “Starbuck and Julie household”…Riley…the new rescued kitty…arrived ten days ago…ten days of transition….leading to last night’s

Starbuck, with the gold collar-fur, arrived in Julie’s life, 2 years ago, on November 2, 2010… an abandoned, sick, hungry, timid, flea ridden kitty…meowing outside Julie’s window on a cold Washington evening….and was enticed inside,  settling happily into Julie’s little “home sweet home”

Starbuck has been aloof and watchful…
seeming to play the role of “The Grande Dame”
Riley, the new kitty,
(they think he’s about 2 years old, but he acts more like a kitten)
has been curious, playful and trying to interact,
but has been mostly ignored, by Starbuck, for many of those days
~

But, last night…
exactly 2 years, to evening…
the anniversary of Starbuck meowing at the window….
and being enticed inside by Julie,
Starbuck and Riley decided to snuggle…
warmth, affection, connection
a new life, a new home, new relationships
home sweet home

How’s this for interesting timing?
(dates and times were on photos) 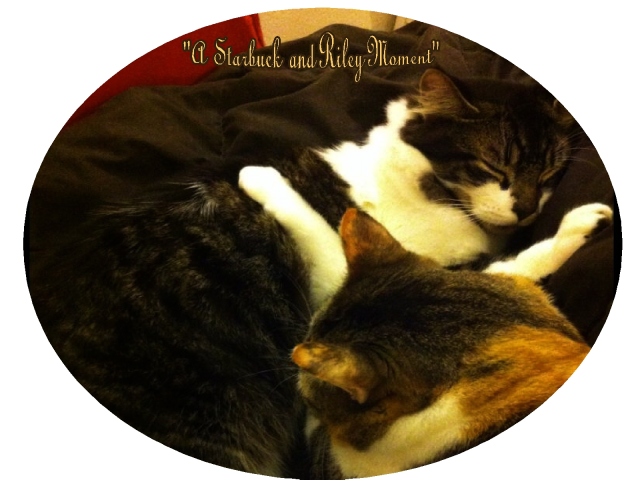 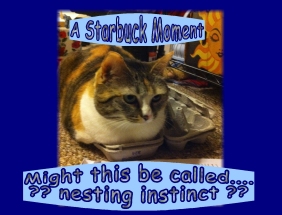 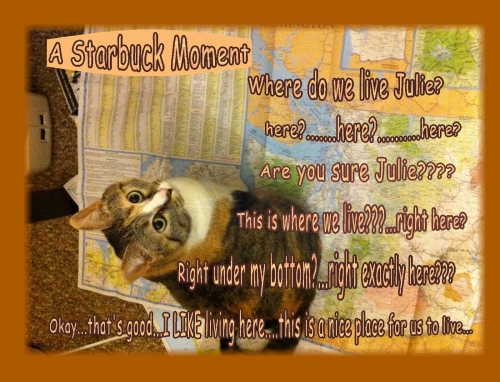 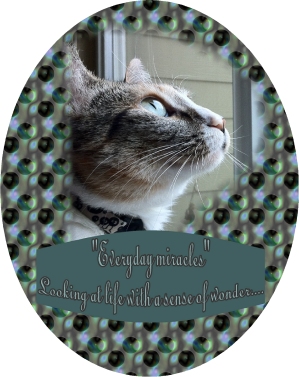 A blog about shifting perspectives...
View all posts by Pocket Perspectives →
This entry was posted in Appreciation and tagged Animals, Appreciation, Compassion, Generosity, Happiness, Loving kindness. Bookmark the permalink.

11 Responses to “A Starbuck and Riley Moment” …a new kitty arrives!