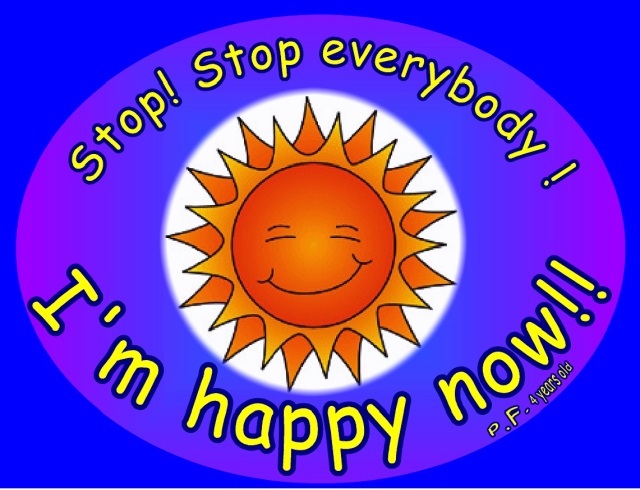 This is a true incident described to me by a  friend, about her 4 year old granddaughter: apparently, her granddaughter had felt very sad when she woke up from a nap at preschool, and the teachers and other kids were kind and concerned and comforted her…. A little while later, while sitting at the table with other kids, she threw her hands up in the air and announced, in a very loud and excited voice…

Don’t you just know that feeling?

6 Responses to “Stop everybody! I’m happy now!”…from a 4 year old