Posted on November 11, 2012 by Pocket Perspectives 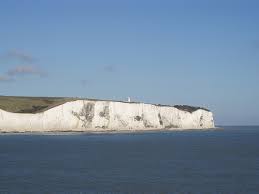 I just added this selection, “A Memory,”  to my 96 year old aunt’s blog, “96 and Still Writing”… I thought I’d add it here on Pocket Perspectives, too, on Veterans Day. I don’t usually post twice in a day, but I think this is  special, so I will.

~
My aunt was in the Women’s Army Corp in World War II, stationed in England. She recently wrote about her memories of “The White Cliffs of Dover”…a song of such longing and hope for safety, being reunited with loved ones and peace.

She prefers her writing to be read in her own handwriting…here it is… (click to enlarge)
(typed copy is below this handwritten copy, if reading on smaller screens)

The White Cliffs of Dover… 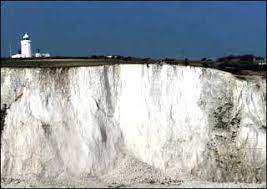 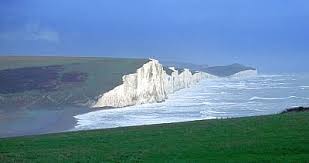 A typed copy of the selection, for reading on smaller monitors

Today a group of middle aged men and women came to sing songs in the dining room. One song they sang brought back a long ago memory. The song was “The White Cliffs of Dover.”  It  was a very popular song in World War II. It really brought back for me a long time ago.

I was a member of the Women’s Army Corp-WAC. My company was attached to the 8th Army Air Force.  We were stationed in Watford, England, a town just outside London.  I must have had the day off for we planned a train trip to Dover, a town on the east coast of England on the English Channel.

So many times I had seen the bombed out building sin London.  There was hardly a whole building left.  Many people slept in the subway at night because it was safe there. Many children had been sent to stay with relatives or friends in northern England where they would be safe.

We took the train from London to Dover. There in Dover were the high chalk cliffs overlooking the English Channel.  We followed a path along the top of the cliffs.  The English Channel was all we could see to the East.  We thought about the terrible war that had gone on across the channel- the D Day landing on the coast of Normandy-the awful fighting all the way toward Berlin. It gave you a strange feeling of just being a little away from it all-sad and frightening.

So you see why the song, “The White Cliffs of Dover” was so meaningful to me.  The song says it all.

The White Cliffs of Dover

There will be blue birds over
The White Cliffs of Dover
Tomorrow just you wait and see
The shepherd will tend his sheep
The valley will bloom again
And Jimmy will go to sleep
In his own little room again
There’ll be love and laughter
And peace ever after
Tomorrow, when the world is free