Posted on November 26, 2011 by Pocket Perspectives 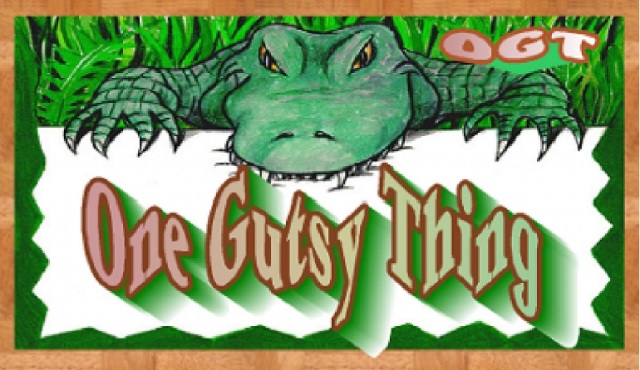 Approximately 10 years ago,  I realized….

I wanted to participate in  more activities,
to try alternative ways of doing things…..
things that I may have found confusing or overwhelming….

I made a variety of  little cards  with that “slogan” on them…to try to remind myself to just have the courage to get started and that it would probably work out fine.

The cards were good reminders for me…I put them on the refrigerator, the bathroom mirror, in  my car…anywhere I would be reminded to just give “difficult” challenges  a try… perhaps,  keeping going when something seems confusing or overwhelming, speaking up in larger meetings, doing things in a manner that works for me, setting limits about how much I’m willing to do…those ordinary kinds of concerns.

I had posted this OGT idea in April…..but continuing with this motivation….I think that acting with courage is  such an important  goal… there are ongoing unfamiliar situations, new skills or knowledge needed, alternative ways of approaching old situations…that ongoing need to tap into that courage and to just continue trying that  “one gutsy thing.”

We all  have many different goals,

a line from the poem Desiderata,

is for each one of us to learn…

“to speak our own truth, quietly and clearly”

A few months ago, I put several different OGT cards together into a  youtube OGT video/slide show and added some  music…the William Tell overture (!)….I just love that music!…talk about a triumphant ending! It’s only 33 seconds long…and has a great musical finale…..

And of course, there are times when in the midst of trying “One Gutsy Thing,”
there might be moments of thinking….

Well, here’s to “hanging in there,”
persisting and keeping going when things get difficult!
(52 seconds….this one has some funny photos….)

And so…just giving things a try…

I talk about the words “courage” and “encourage” with my 5th graders because it’s so important….. I’ve seen courage defined as “action or strength in the face of fear or challenge.”

The derivation of the root word “cor” is heart from Latin, which lead to “couer,”  the word for heart in French.

The suffix “age” means “action or process” or “a word ending used to form nouns that show condition, function, relation, or action. Can also be used to form verbs. Created by people to expand meaning of words. Can be added to the end of many words.”

The prefix “en” means to offer that state of something.  (enable, encourage, embolden etc)

So “encourage” would be helping oneself or another to enter that state of courage.
It helps me to remember the origins of that word…ah, the things I learn when teaching kids at school.

8
Or…..I can just keep in mind that image of the alligator chomping away…

The pocket sized cards….  : )  (click on image to enlarge)  btw… kids I’ve taught also get this idea and like the cards. 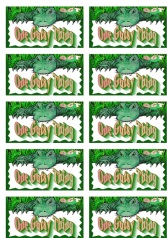 23 Responses to Courage: One Gutsy Thing…OGT